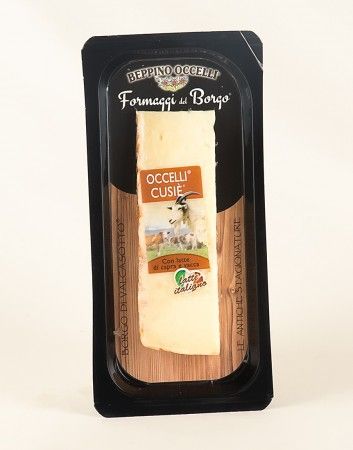 An exclusive speciality of Beppino Occelli who has created an original cheese made from goat’s and cow’s milk. It is aged for at least four months in the Valcasotto cellars on boards of wood from this valley. Beppino Occelli recommends using Cusiè also for the preparation of ravioli fillings, in strips on hot pasta or on cold seasonal salads.