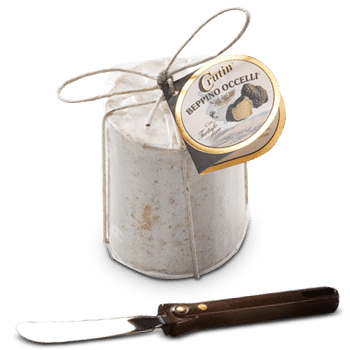 A “crutin” is a small cellar excavated from tuff stone, once used for storage by Langa farmers. This cow’s milk cheese has a crumbly consistency enriched with Summer Truffle shavings, specifically recalling the spirit of those magical tuff stone cellars, which is why Beppino Occelli has called it Crutin. It is best paired with noble Piedmonte wines such as Barbaresco and Barolo. Used for cooking, Crutin proves to be the main ingredient for sumptuous fillings or in the simple sauces for plain pasta and gnocchi.